WELCOME TO THE NEW POPSTONESHEROES

Let us get back in this gig!

Welcome (again) to popstonesheroes. Just as a lazy popstar, we're back after ages of silence (4 years?!) for some new exciting pop reviews for y'all (or "youse" if you prefer).
So, ready to bare with us again?
Happy reading :)

The Return of the Impossible Princess -- Kylie is BACK 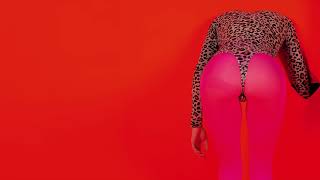 A very quick post for your weekend. We thought it was worth leaving you with 2 oldies and 2 new tracks for your weekend. First new one: St. Vincent - Los Ageless I know nothing about her yet (shame on me) but this song is amazing. Very indie and the refrain is one of the questions I had never managed to answer in my life: how could anybody have you and lose you and not lose their mind too? How? HOW? I dunno. If you do, leave a comment below. First old one: York feat. Jennife

A Tast of Italy (LEMONICCI!)

An atypical post this weekend on popstonesheroes. We are taking you for a trip in sunny Italy for the latest release of a very interesting artist called L'Aura. She might not be well known worldwide but her style is definitely interesting enough to make her an absolute welcome here at popstonesheroes. A brief introduction to the artist: she is very quirky in both personality and vocal performance, she rose to fame way back in 2005 with a song called Radio Star, in English, an

One STEP too far. Oh boy.

Covers. Too many pop acts fall in this trap. Sometimes, amazing (more-or-less) known masterpieces are brought back to life, others are celebrated, others are re-arranged in the beautiful world of pop covers. Some others are just killed. Today, the pop group STEPS have released, for the Deluxe version of their come back album Tears on the Dancefloor, a cover version of the wonderful, and not-so-well-known, Dancing with a Broken Heart by the talented Delta Goodrem. We absolutel

She looks so pretty, yeah? And she sounds good too!

We are going for a trip to the hottest country in Pop music: freezing Sweden! We are presenting you the latest effort of one of the most exciting names in the past few years: Tove Lo. After the success earlier this year of her concept album Lady Wood, she is ready to be back with a natural sequel album called Blue Lips anticipated by the opening single Disco Tits. The sound of this new single is consistent with all her previous works and she keeps giving us amazing sexy anthe

Attention please: 1995 is back

It's a 90s explosion. The song, the phones, the computers, the photocopiers, the eyebrows. Queen Coyle - Go To Work What date is it today, you said? Classic.

She has been crowned the original American Idol quite a while ago, but she has only recently fulfilled the heavy contract with RCA Records. And now here she is, Miss (finally) Independent, Kelly Clarkson, everyone! Ok, now, she is not independent as in "no record deal". Quite the opposite, she is now under the support of Atlantic Records who are, apparently, supporting her like they never did. And now she has just stormed the scene with her come back project: the announcement

September 2017. The moment we at popstonesheroes have been waiting for a very long time. Not one. Not two. Not three, but FOUR (yes, this is a big number, duh!) songs are out by our favourite pop farm: Xenomania. Yes. They're finally back in the business (and hopefully the charts) with four acts which include, ladies and gentleman, Nadine Coyle! Oh yeah, and Mollie King from the Saturdays. Let's go step by step. Actually we'll save Miss Coyle for last. We will start, as i